Finding the magic in Madurai

Part of why I love to travel is how it broadens my perspective. Not only is my physical map expanding, so is my inner map of how the world works, how people live in different cultures, how we behave, what we believe. When I set a pin in a new part of the world, I do so because I feel I can learn something new. That I can grow and become more insightful on human beings, our planet, and our interactions. Back in 2011, that brought me to Madurai in India.

To really understand a place, you have to dive deep. Meet the locals. India appealed to me of several reasons; it is a land of contrasts. Of colors. Of many religions and languages. Of conflicting and harmonious cultures. Of spirituality. And I had come to a point in my life where I needed change. I needed to broaden my perspectives and grow. I have always had the wanderlust in my body and I had come to a confliction point where I could either take the plunge or settle for less.

I took the plunge. Since then I haven’t looked back once.

I got work as a volunteer writer in Madurai living with a local family not far from the office. As a first time solo-traveler, I felt more comfortable with having a purpose and a base to go out from where I could meet like-minded people. As part of the writing program, I hurled myself into getting to know the spiritual side of India. I wanted to know dark magic, to pray at the altars. See the magnificent, ancient temples! The blessed elephants. The magic parrots. I had to try it all.

The elephant in the temple

In the center of Madurai lies the Meenakshi temple. A magnificent construction where four, neatly decorated tall towers take center stage. It has been torn down, rebuilt, looted but dates back thousands of years. It is a place of worship, pilgrimage and is both theologically and culturally significant to Tamil Hindus – and a popular wedding site, too! Besides this, it is an economic center and within the temple, you’ll find an abundant market with goods ranging from silks and fabrics to religious figurines, and pans for making idlis.

The elephant in the Meenakshi Temple.
Photo by: Simone Okkels

Some rooms in the temple are strictly reserved for Hindus but even as a visitor there is plenty to gaze upon in the areas where you are allowed. Apart from the colorful towers, the temple is full of sculptures, around 33.000 of them. Many are golden, a metal prominent to Indian culture. One especially beautiful gold statue is a bull poised on what looks like a four-poster bed. People will whisper wishes into the ears of the bull or say a prayer. I whispered for more. Always more.

Right after I was granted access to the hall of a thousand pillars. A breathtaking high ceilinged room where pillar after pillar with intricate artwork of Yali lines the hall walls. Here are altars for praying to the hundreds of Hindu Gods. Offerings and statues and the smell of incense. If you don’t feel just a little more spiritual then you have not done it right!

Inside the temple roams an elephant which is said to have magic powers. With its trunk, it can bless you. But it comes with a cost of a few rupees. I asked if the elephant was treated well. I was assured it was but as always when seeing animals in captivity I had my doubts. I was here on a spiritual quest and I paid the price, gave my bank note to the animal, turned my back to it as instructed and felt a heavy weight on my head as the elephant gently lay its trunk over me. It only took a few seconds and I was then allowed to gift the elephant a miniature banana, peel and all.

In the Indian provinces, the belief – and practice – of black magic is still strong. As a writer, I was asked to go to a witch doctor outside town to see the ancient ritual of thoku. Usually, I will do a little research but no books nor website mentioned the traditional treatment.

We drove to Nakkalapatti where Pandia Rajan had his practice from home. He was just opening up shop, sweeping the dirt in his brown yard. Patients usually come between 7 and 10 am, having fasted before. Thoku, you see, is a treatment where the doctor removes little stones, bones, and foreign matter from the patient’s stomach through a pipe.

A woman has been in pain for days is the first patient of the day. She sat tight as the practitioner got out his pipe made from a mix of metals believed to have healing powers and stuck it down her throat. He blew air into her stomach to expand it then he started sucking. She teared up but sat still. With a primal sound, the witch doctor snatched the straw out of the woman’s throat and coughed up a pile of little stones and things into his hand. “There,” he said to me, pointing specifically at some small black pieces, “that’s black magic. She has been cursed.”

The Thoku pipe made from merging different kinds of metal together; gold, copper, iron, silver. It is believed that the metals interact with the metal ions flowing in our bloodstream. Photo by: Simone Okkels

In India, superstition is common. If you’re jealous or feeling vengeful you can buy black ink powder fra astrologers and mix it in your victim’s food or drinks. The powder will stay in the victim’s’ body, cluttering up and causing ailments and personality changes – until a doctor like Pandi sucks the magic out of the system.

Between each patient, Pandi cleaned the pipe in water and dried it off in his clothes.  Whether he hid the stones in his clothing or not, it was sure that the locals believed him. They chose him over what we in the Western world would call a real doctor. Which Pandi himself visited every six months to be checked for diseases from AIDS to tuberculosis.

After he made his rounds he gathered all the patients in a circle and blessed them one by one. I asked him, why he became a Thoku practitioner. He had a bachelor in arts he told me. His father owned the clinic before him, and when he passed away, people would still come to the clinic to get help. So Pandia carried on the tradition of his father. A well-kept secret but one of the many wonders of India, that you’ll find if you dare to go out of your comfort zone.

Pandi headling a patient in his Thoku practice outside Madurai. Photo by: Simone Okkels

A prophetic parrot and a palmist

In the darker outskirts of Madurai lies the Kattunaiyakar Temple, a temple dedicated to the goddess Jakamma and the God Pandi. It is an area full of drunks and sex workers – ironically Pandi is the God of alcohol and cigarettes. This is not a place where you’d go alone after dark and generally the temple is not a place for tourists. Which makes it that much more interesting. As I entered the temple a woman fell screaming to the floor. My guide told me that she had been possessed by Pandi. The screams sent chills down my spine. Here, religion is so tangible. So intertwined with everyday life and practices. A group of boys got their heads shaved. Another ritual. Severed goat heads lay on the floor. Still, shoes are not allowed.

Outside poised against a brightly colored wall sat a woman in a sari. She was a palmist. She told me her name was Kaliammam. She came from a line of fortune tellers and held the word of Pandi in her tongue. For just 20 rupees, she would tell me my future. As expected when surrounded by possessed women and passed out alcoholics my future looked bleak. The planets were not in my fortune. I smiled politely. I have always been a true believer of the energy you put out in the universe is the energy you’ll get back. So I thanked her, held her hands in mine, and we smiled as our eyes met.

Later that day I met Paneer Selvam. He sat outside an empty shop not far from the temple, upper body naked, a snake tattoo wrapped around his one arm, orange dhotis on his legs. Not the most polite of fortune tellers, his insistent yelling “50 rupees, 50 rupees” reminded me of the flower sellers in the markets in Denmark. I walked to him and was pleased to see that he was actually not the fortune teller as per se, his medium was a small colorful parrot.

I sat down in front of him and he started drumming to coax the bird out of its cage. Paneer gave the bird my name. It tiptoed, bobbing its head, onto a card. Paneer picked up the card. Read my fortune in it. How I would be married in five years. To a distant cousin of my father.

Now, years later I can say that many of the prophecies were wrong. But India is still a mysterious, magical place in my mind. I changed me and opened my mind. There will be frauds in all businesses. But the stories and the experiences were real. They are real. India is a place of deep belief and I would not be surprised if magic happens here. You just need to take the plunge.

Paneer with the parrot’s cage beside him, drum in hand. Photo by: Simone Okkels

Where to start?
India is a huge and diverse country. Madurai in Tamil Nadu is a great place to start your spiritual. Madurai is an ancient temple city mentioned in the Sangam era texts. The city spreads out from the Meenakshi Temple but there are numerous significant temples in the city and surrounding areas.

If you want to go to the lesser known areas and temples, get a local guide. You will not be able to find them by yourself – and let’s not even get into the traffic situation! Also, when visiting more well-known sites like Ayurveda and yoga practices and the Meenakshi temple a local guide can provide you with valuable background knowledge. But beware. I am not polite to say “no” or “I don’t know” here, so you can end up getting the wrong answers or a head shake that can be hard to demystify!

How to get there?
Madurai is a city of millions and is well connected to other cities and has both a train station, airport, and bus station. From Europa, I flew through Doha to Chennai and then to Madurai where I had scheduled a driver to pick me up and get the last miles to my house.

Always negotiate the price before you get into any cab or tuk-tuk! Tipping here is seen as good customs. 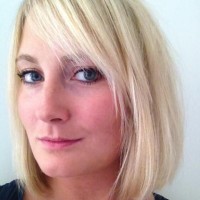 © Copyright 2020 Bohoing based in California

Finding the magic in Madurai